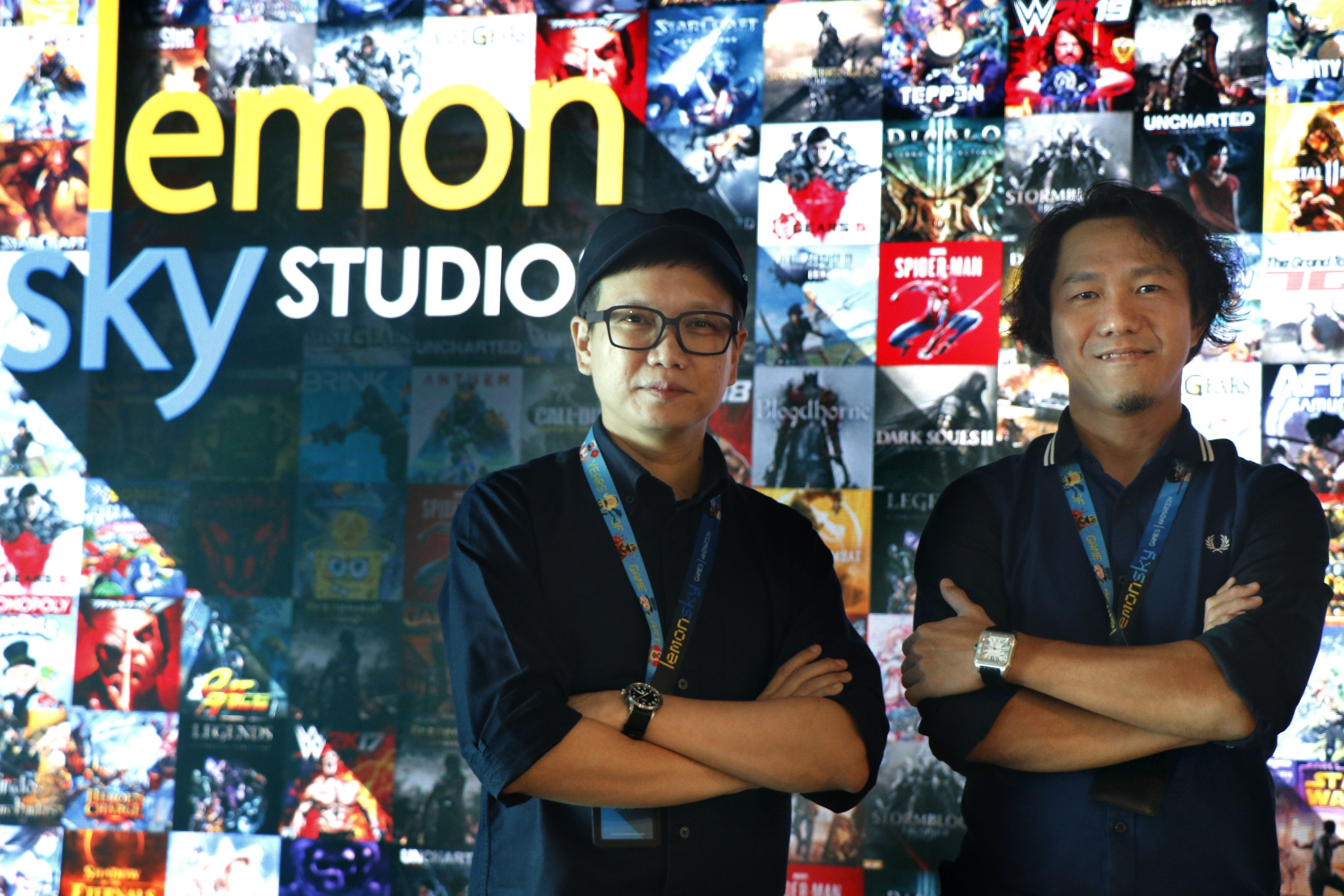 In twenty years, video game blockbusters have changed. Visually speaking, but also in terms of scale and storytelling, the amount of work to pull out an AAA has now reached monumental levels. It is no longer possible to do everything in-house, which makes it necessary to outsource production. As a big developer like Ubisoft or Rockstar, you could call on your teams across the world, or you could bring in an outsourcing company. Like Lemon Sky. 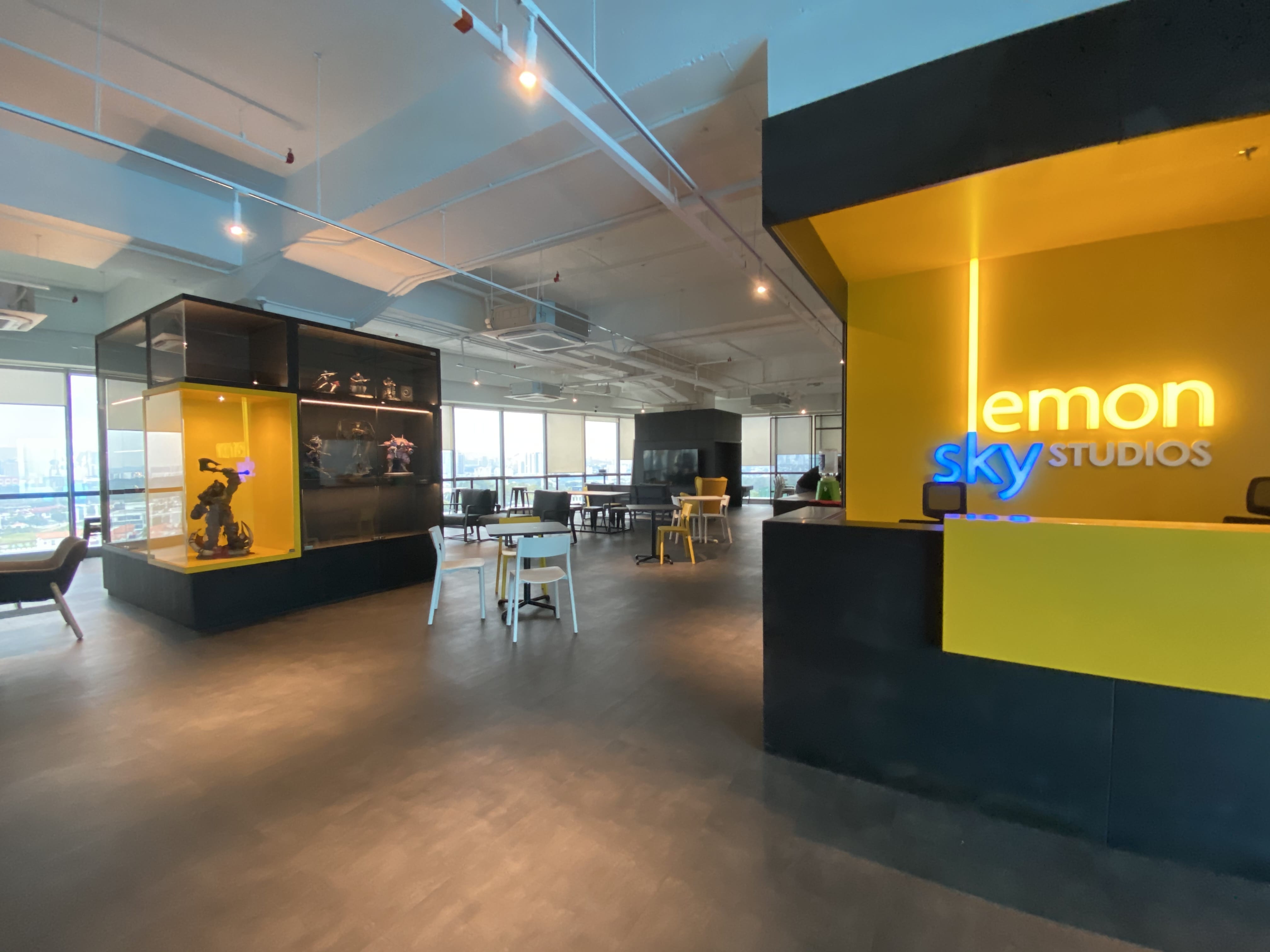 You may not have heard of them before, but they’ve helped shape some of the biggest triple-A games around, like Marvel’s Avengers and The Last of Us Part II. Lemon Sky Studios is Malaysia’s largest CGI and art company, with 350 employees on board. Although it isn’t common knowledge among the general public yet, entities such as Lemon Sky are called upon by some of the biggest names in the industry, taking on requests to work on ambitious projects that can be of a great scale. “We manage everything related to the artistic part” explains Ken Foong, co-founder and Chief Creative Officer of Lemon Sky, with whom we were able to speak for an hour. “It goes from concept art to character modeling, including environments and animations” 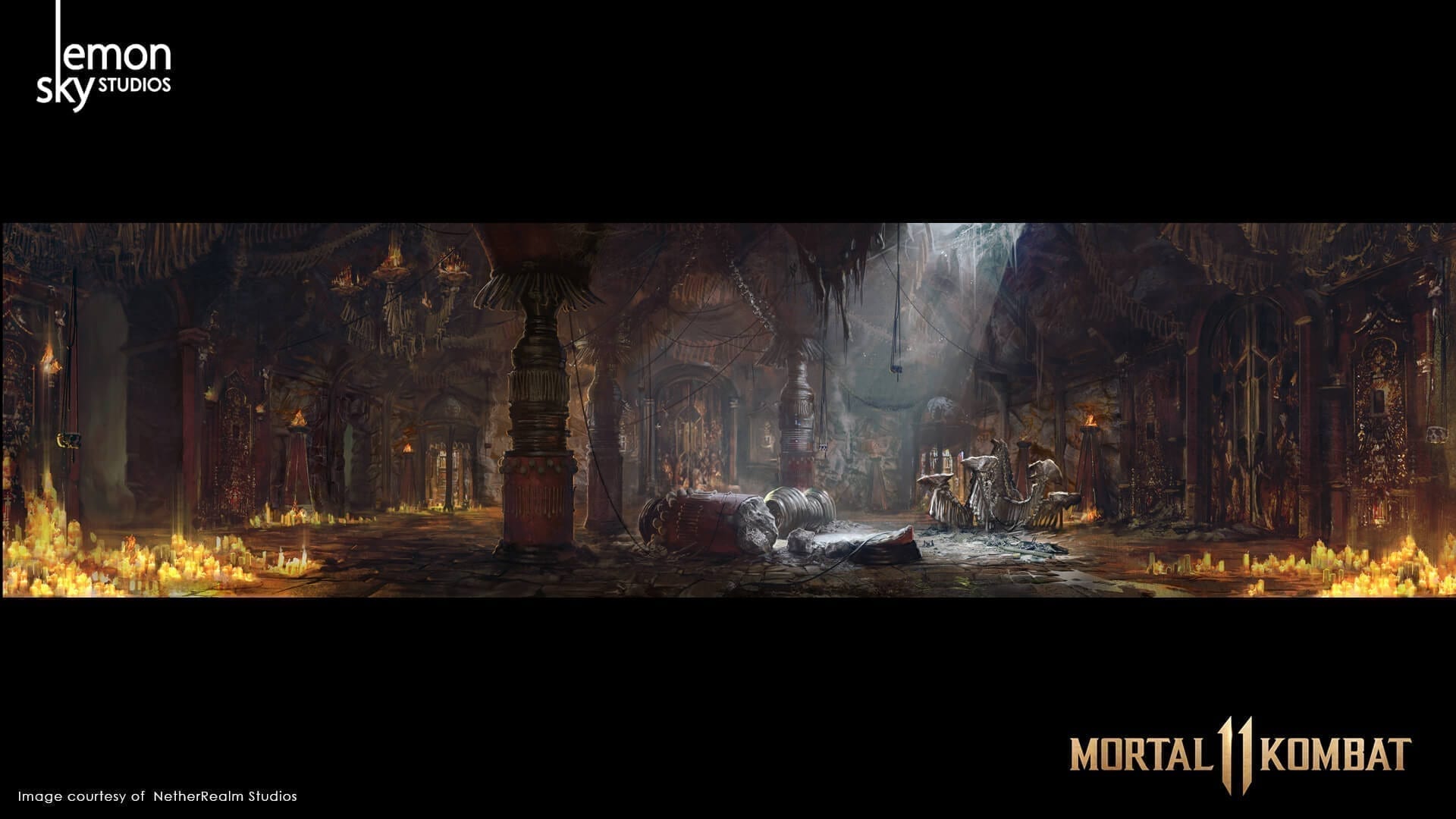 If the company specializes in everything related to art, this is not the case for all of its colleagues. If we take the example of Horizon Zero Dawn, 19 outsourcing entities worked on the game , in areas as specific as interface design or motion capture. What’s the benefit for the large companies that call upon these outsourcing companies? “A liquid workforce” that they can activate or deactivate according to their needs. In any case, this is stated by consulting firm Accenture PLC in an article in the Wall Street Journal, a leading provider of outsourced labor. These companies need to be flexible and want to avoid carrying too many permanent employees at a time, so they call upon this liquid workforce only when needed, such as when the direction of a project changes or when help is needed in the home stretch.

These managerial and economic considerations may seem austere, but not for Ken Foong. “We are really honored to have been able to work with big names like Naughty Dog, Blizzard or Crystal Dynamics” he explains. “For Marvel’s Avengers, we were very excited when we heard about the game” . In order to work on the title, the team had to pass an art test. This usually means completing a task in a limited time to prove that you can meet the requirements of a project. Sometimes the exercise is given to several candidates who are competing for the project, where the client will choose the best performer(s) to award the project to.

Even if Lemon Sky was one of the lucky ones, Marvel’s Avengers is far from having mobilized all the resources of the studio. Ken Foong explained that the project only utilized twenty people to model costumes, character props and environmental props (tangible objects with which the player can interact). This figure just demonstrates how many projects the studio is capable of working on at any given time. But also by what is agreed between the client and the studio. 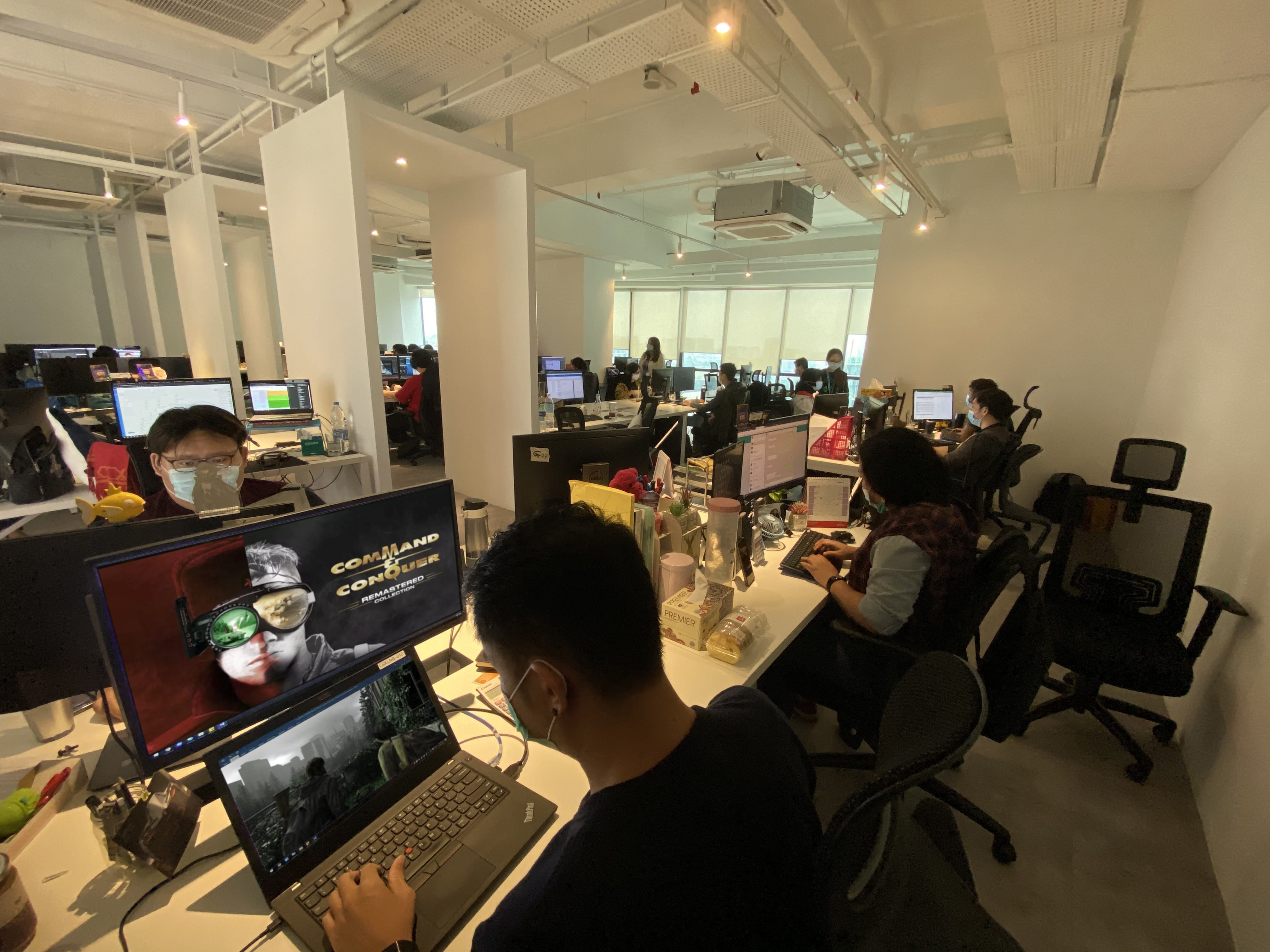 However, only having a few people involved in a project doesn’t make it any less of an accomplishment. And on The Last of Us Part II, Lemon Sky’s project team was only slightly bigger than the one that worked on Marvel’s Avengers. Thanks to Lemon Sky’s previous collaborations with Naughty Dog on games such as Uncharted: The Lost Legacy, Naughty Dog was happy to give Lemon Sky more creative input on the aspects of the game that they worked on, including on the concept art.

“We get along very well with Erick Pangilinan, the Creative Director at Naughty Dog. He’s a very nice guy, but also very demanding! It’s not necessarily easy to work with a studio that has such artistic expectations, but it’s also very rewarding.”

Lemon Sky is a bit of an exception in the outsourcing world. On top of supporting ambitious AAA projects, the studio has found itself at the helm of three highly anticipated remasters : Starcraft Remastered (2017), Warcraft III: Reforged and Command & Conquer Remastered Collection (early and late 2020).

“We’re proud to have worked on all of these cult favorites” confides Ken Foong, even if it is above all the redesign of Blizzard’s RTS that comes to mind. As much for good as for “bad” memories. The initial release of Warcraft III: Reforged was indeed met with negative reception from players who felt that the game failed to deliver on all the features that were originally promised. Lemon Sky found itself in the spotlight then, but not necessarily for the right reasons.

“This period was not necessarily easy for us. As an outsourcing company, we are not used to being in the foreground and having to deal with player criticism. It was our first experience in the field, but we stood by our partners at Blizzard and came out of it grown…We are still very proud of what we have accomplished on Warcraft III. It is undoubtedly the project on which we have invested the most. Blizzard has given us a lot of freedom.”

The arrival of Command & Conquer Remastered Collection, released a few months later, went much more smoothly, with Lemon Sky receiving kudos ahead of the title’s release. The Warcraft III affair does not seem to have tarnished the reputation of the studio, whose name has appeared on the biggest productions for several years now. With a lengthy portfolio of projects and clients from all over the world, Lemon Sky owes it partially to the memorandum of understanding signed in 2014 with Bandai Namco Singapore (agreement which highlights the mutual interest of two parties without legal or legal commitment). This was a big step for the studio which brought them greater fortunes, as they then went on to participate in even more collaborations with very large licenses, including Final Fantasy and Gears of War.

From One Project to the Next

Successfully handling one big license after another is a pretty good road to success, so much so that Lemon Sky now considers that it has the necessary experience to work on its own projects. This ambition already has a name: AstroLOLgy, an animation series that has already won several awards. The Malaysian company is also working on its own video game, but won’t be stopping their outsourcing activities anytime soon. Ken Foong and his teams have other collaborations to come, with new technologies and innovations always on their radar.

“In fact, all projects are different, and all the studios we work with are different. Some are very organized, very clear on everything they want to do and we just follow the briefings. And others allow us more creative margin.”

“Usually, we have meetings every week. We often work with the creative director or the producer who asks us to give regular feedback. And every day or two, the project manager updates what to do.
Everyone we’ve worked with has a different culture (…) collaborating with Americans is very different than collaborating with Japanese. But the important thing is to understand who you are working with. Our main goal is to be like an internal team as far as the production of that project is concerned.”

Ken Foong also sees this flexibility as a way to keep talented artists in an industry where turnover is a key concern. According to a survey conducted by GamesIndustry in 2017, video games are the industry where employees are most likely to leave one position for another. Out of 370 people interviewed by the media, 1% have been doing the same job for 11 years.

Keeping a good workforce is obviously important. But Ken Foong recognizes that in an environment like video games, it’s not all about talent. The technologies used are also crucial. “The technology is advancing, and there will be more powerful tools to compensate for the progression of the games’ scales,” explains the co-founder of Lemon Sky. “In the animation industry for example, if you compare Toy Story 1 and 4, the improvements are obvious. But in terms of budget and staff, it’s almost the same thing ”.

Outsourcing Companies: Key to the Future of Game Development

Ken Foong knows that with 4K or even 8K, it is now almost impossible not to call on external companies to complete a project . What is in store for companies like Lemon Sky for the next few years in this case? Certainly new ways of organizing and working.

The title we are working on right now, we have less time than usual to finish the assets. The pace of work must be more efficient. But at the same time, the demands for assets are greater. In the end, it’s just more polygons and more detailed textures!

This article was originally written in French and adapted into English by Lemon Sky Studios. The original article can be found at Jeuxvideo.com. 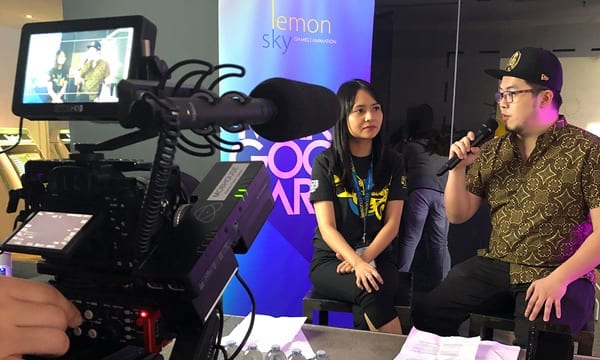 Welcome to Lemon Sky studios! Recently we hosted a virtual tour in our studio together with Mr. Shane Tan from… 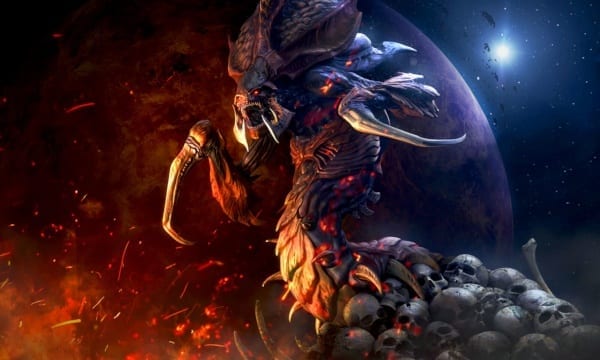